Earthquake Swarm off Coast of Oregon 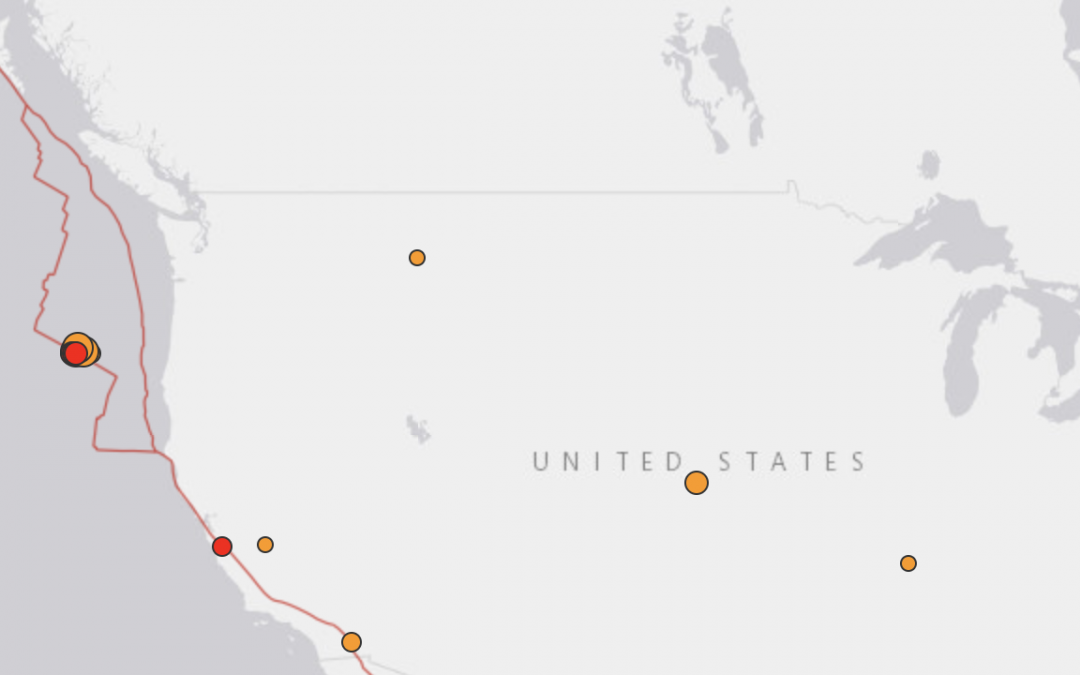 (Ricky Scaparo) – According to the USGS, a seismic earthquake swarm is taking place off the coast of Oregon with the strongest quake reported at magnitude 5.4, followed by another magnitude 5.4. Shortly after these two strong quakes more quakes measuring 4.2, 4.2 and 4.7 followed. The West Coast of the United States is already on alert following a seismic storm that has unleashed more than 1,000 small earthquakes in San Bernardino and Riverside counties these last three weeks. This one event we need to be paying close attention to as it develops.